When it turned out that IBM had set the trend in the field of the Personal Computer, it was a must for many computer builders to put a compatible system on the market.

Tulip developed two machines to compete. The Tulip System PC Compact is one of them. The other machine is the Tulip System PC Advance, but after some complications with the builders of a computer with the brand name Advance, Tulip renamed the system Tulip Extend. A machine built around the 16 bits INTEL 8086 in the housing that was also used for the Tulip System IA. Even though it was an impressive computer for the time, it was not a success in the market.

When Tulip had three other trump cards on the market around the end of 1987, the production of the Extend was discontinued. The warehouses are sold out and after that it was over. The company would then continue to provide support for another five years. Shortly afterwards, large advertisements appeared in the national newspapers offering the Extend at insanely low prices. 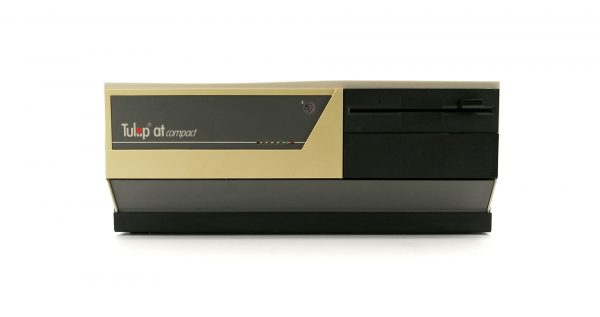