The second computer from the stable of the company, based in 's-Hertogenbosch. It turns out that IBM had already set the trend for x86-based machines (IBM PC-compatible) and the logical step for manufacturers to stick to this 'standard'. The first machine (Tulip System 1) did not meet this IBM standard.

The System PC Compact came out at the same time as the Tulip System PC Advance and are both IBM PC compatible. The PC Advance has an 8086 processor, unlike the PC Compact. The Tulip Compact has a video controller that is quite extensive for that time, a MAGDA (Monochrome and Graphics Display Adapter). In addition to the two standard 40-track 5.25" drives, a 10.23MB HDD could also be supplied.

The Tulip System PC Compact was also referred to as the Compact 1 in the corridors. In 1987 the successful Compact 2 appeared and production of this model ceased. 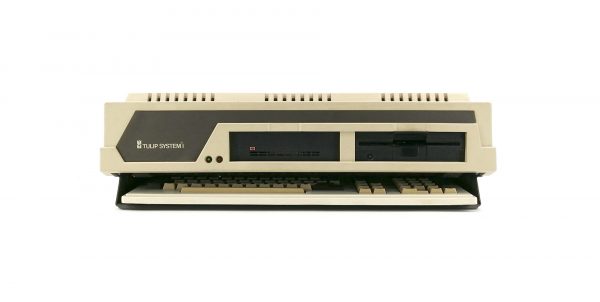