The IBM 5100, introduced 6 years before the IBM Personal Computer and 8 years before the Compaq portable, is one of the first portable computers. Successor to a prototype called the SCAMP (Special Computer APL Machine Portable). The SCAMP was named "the world's first personal computer" by PC magazine. 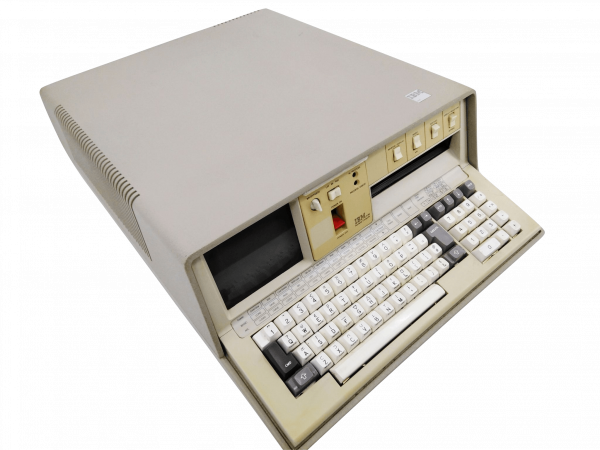 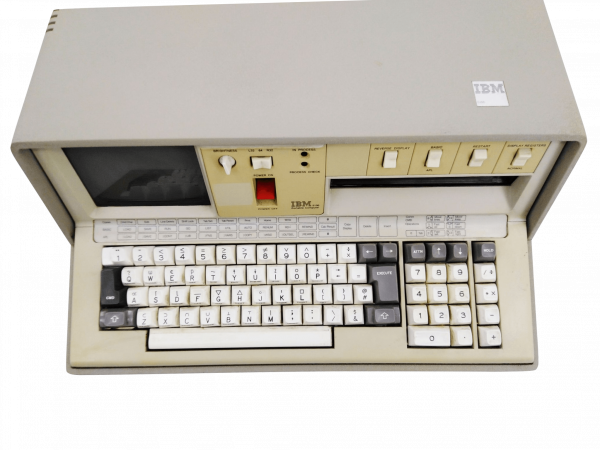 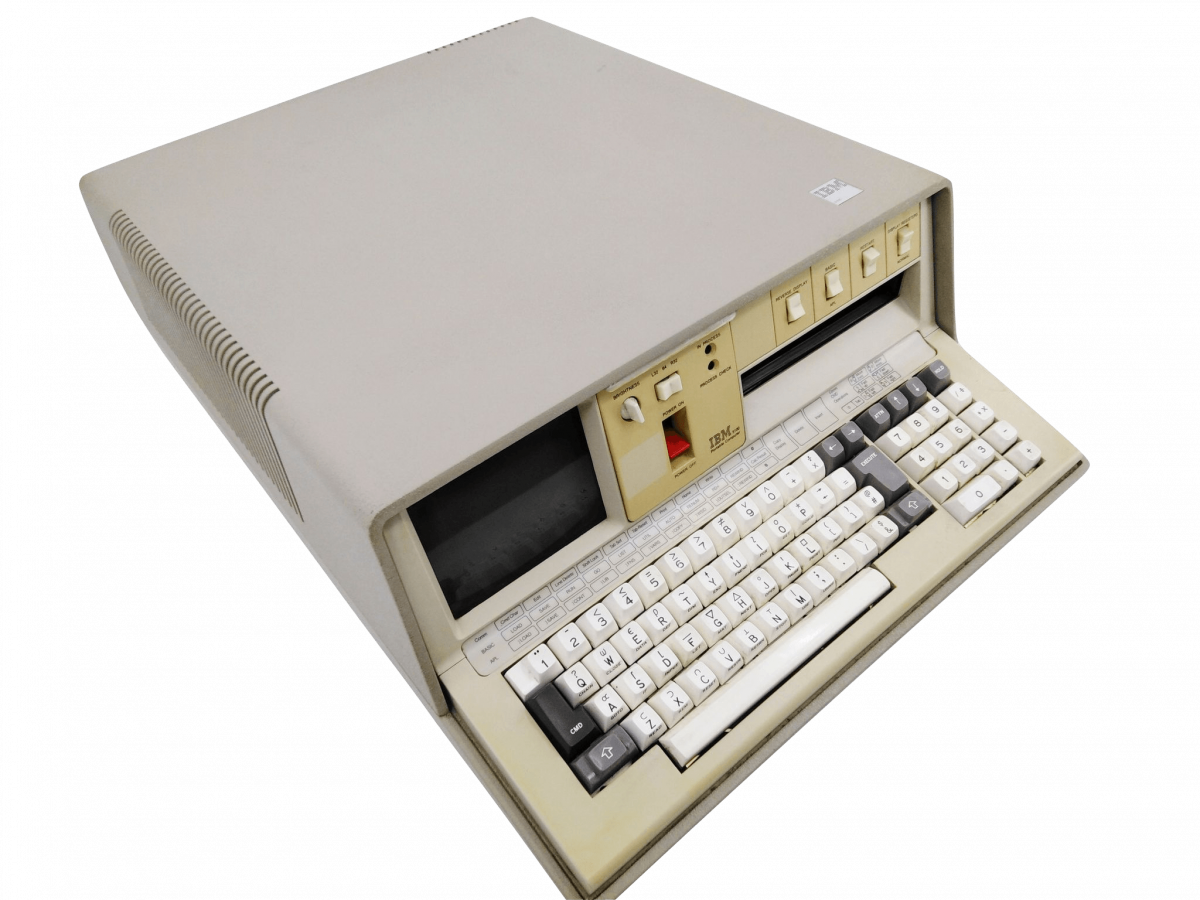 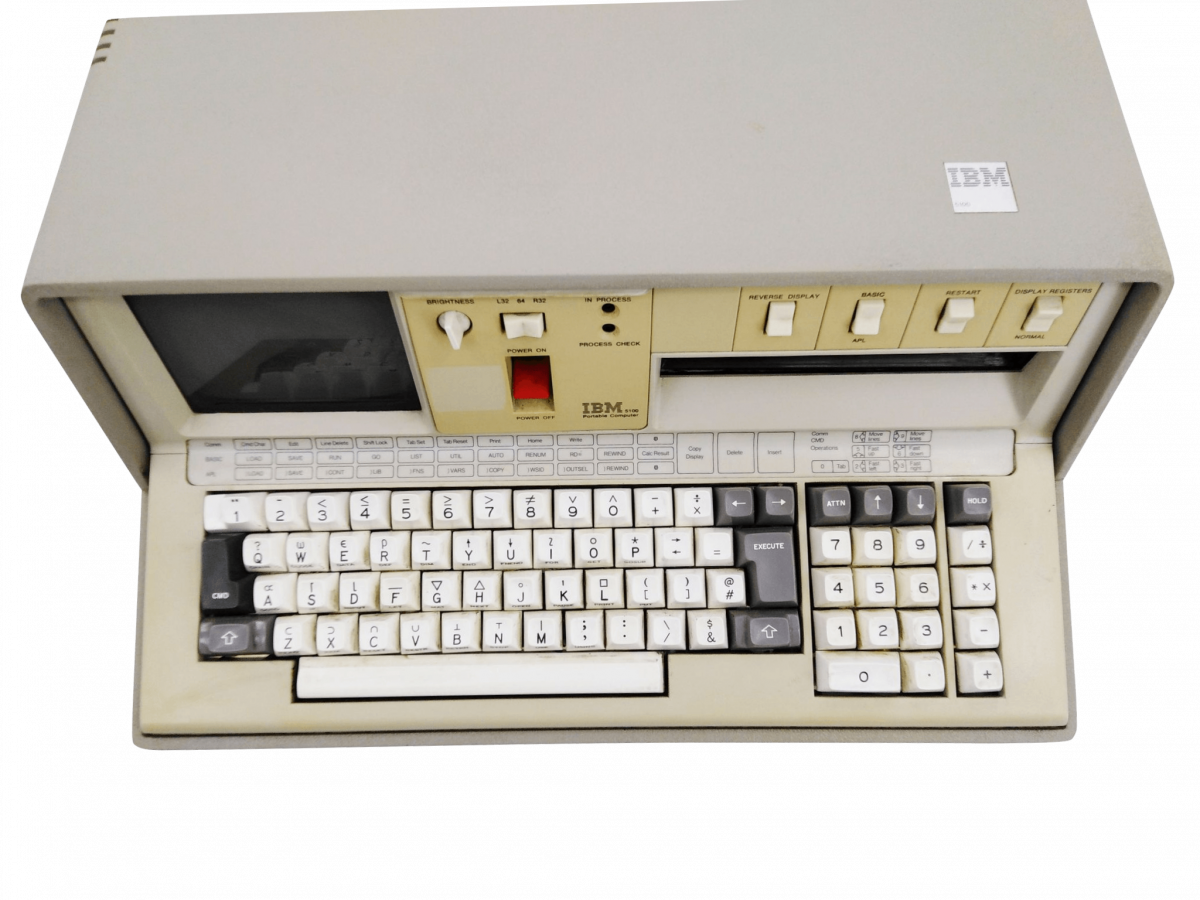 The IBM 5100 is equipped with a 16-bit processor module called: PALM (Put All Logic in Microcode). The system had a weight of about 25 kg with the size of a small suitcase, supplied with a carrying case (hence portable).

A portable system with a large amount of RAM and ROM, including a CRT display and tape drive. A considerable achievement for the time (1975)!