The Apple PiPP!N (or just Pippin) is Apple's only try to enter the videogame/multimedia market with a console.

This 1996 multimedia/video game console/internet appliance/interactive kiosk device is made by Bandai and is based on the Apple Macintosh platform. Originally intended to be only a game console (without dedicated graphics or sound processors), but before release, Internet connectivity was added using a 33600 bps modem.

Only 42,000 units are sold and it is considered as one of the worst tech products of all time. The price of $599 in 1996 was also considered too high. A Sega Saturn and it's seperately sold Netlink device combined was below $400 and could do the same. Also, Apple made no effort to market this machine .

Ours is absolutely in perfect condition (incl the box). Everything was sealed.

It has a VGA-port, Composite and RGB-output on the back and is capable of showing PAL and NTSC. When you connect a Macintosh keyboard and mouse, it'll work as a standard Mac. 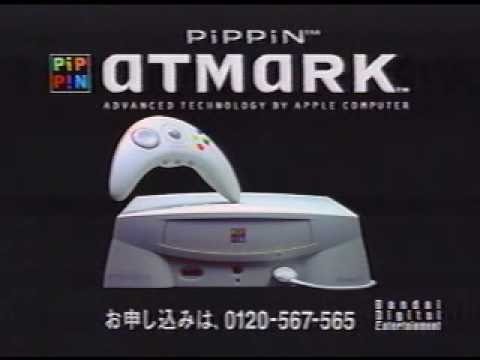