The Exidy Sorcerer is one of the early homecomputers. The machine is released in 1978 by the (computer)game manufacturer Exidy. The idea behind the Exidy was to combine the best of the 3 computers from 1977. 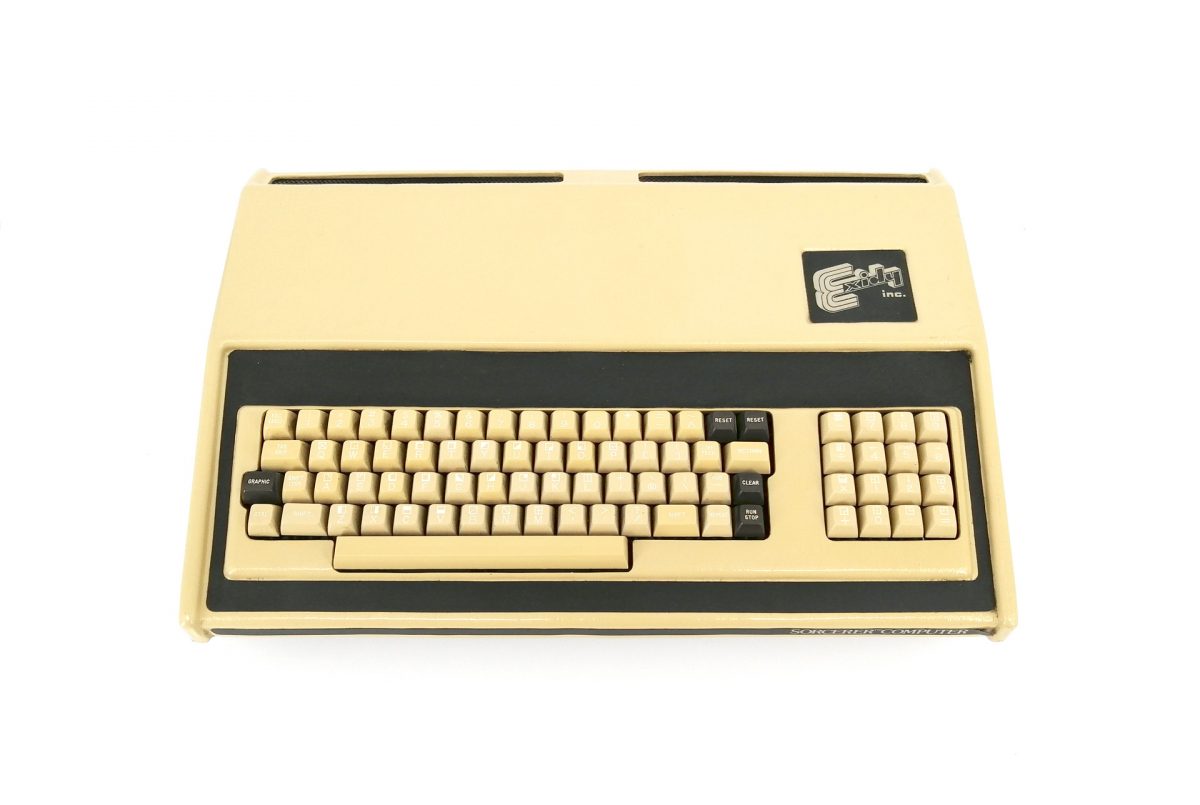 The expandability of the Apple II, the price of the Tandy TRS-80 and the simplicity of the PET 2001. To make expansion possible, Exidy used Altair's S-100 expansion bus which was made into an external unit. All characters are in ROM and copied to the memory for usage. This way, it's easy to change them and it's possible to 'draw' without actually writing pixels.

It was the first homecomputer with a ROM-cartridge slot. These cartridges are in the same casing as a 8-track tape, commonly used in the United States.

A cartridge with Microsoft Basic was part of the package when you bought one. By using a cartridge, it's easy to use the memory for another operating system like CP/M.

In 1979 the Dutch TELEAC (called NTR nowadays) decided to use Exidy Sorcerer for their course 'Micro computer'. This after the problems with delivering the machines from the Belgium DAI. Because of this, the Exidy Sorcerer was a big success in the Netherlands. Even so that the import company, Compudata, took over production in 1980 and they were selling for at least 3 years.

In the US, Exidy stopped producing the machine in 1980 (just after Compudata took it over). Making this a rare machine.

One of the largest groups in The Netherlands was the ESGG (Exidy Sorcerer Gebruikers Groep) which published a monthly newsletter in two editions, Dutch and English. They were the largest group for a while in the HCC (Hobby Computer Club) federation. The Dutch company De Broeders Montfort was a major firmware manufacturer.

Soon we'll add the ESGG-software to this page for free download, as well as the documentation.