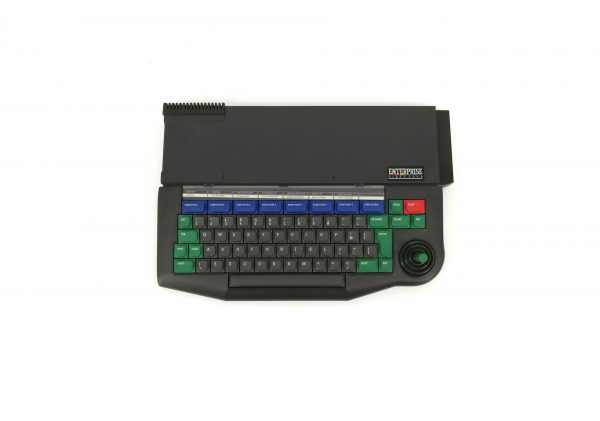 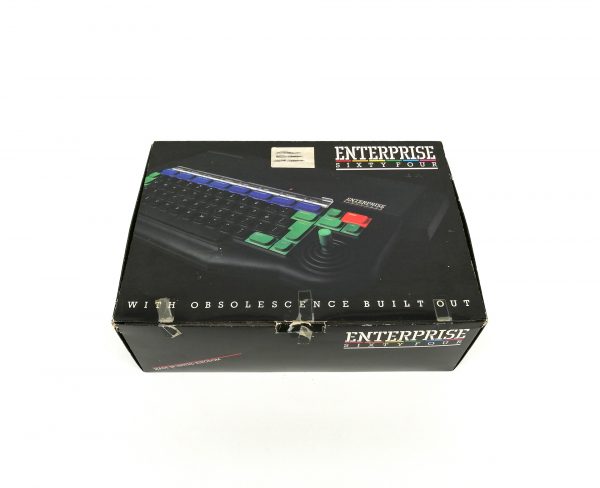 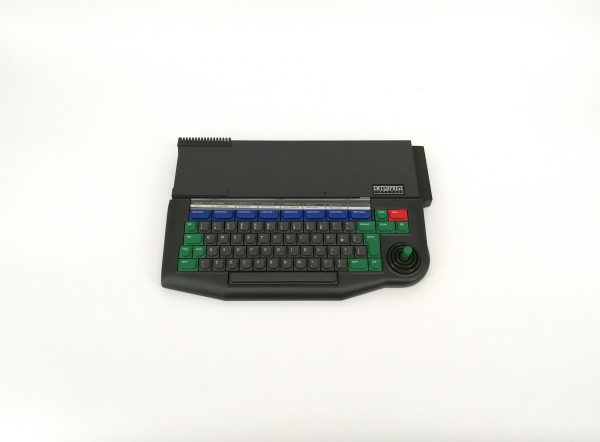 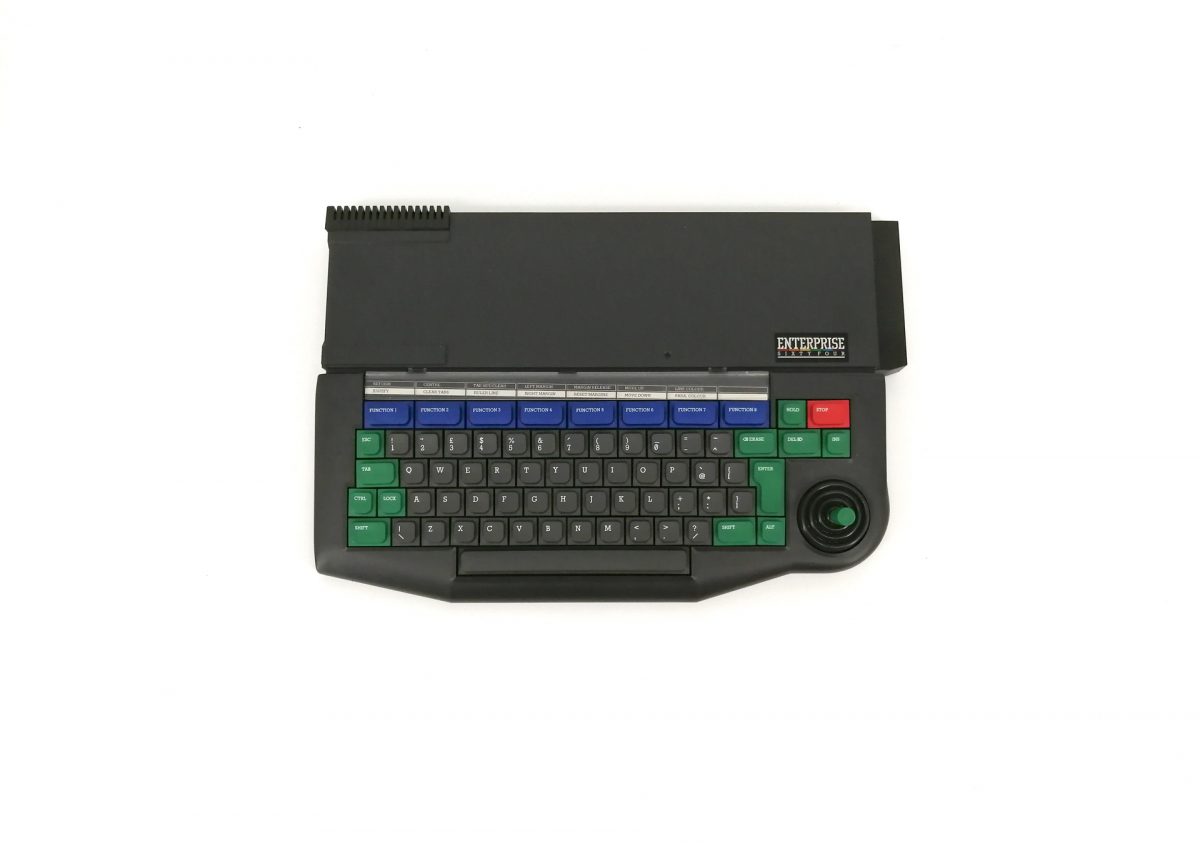 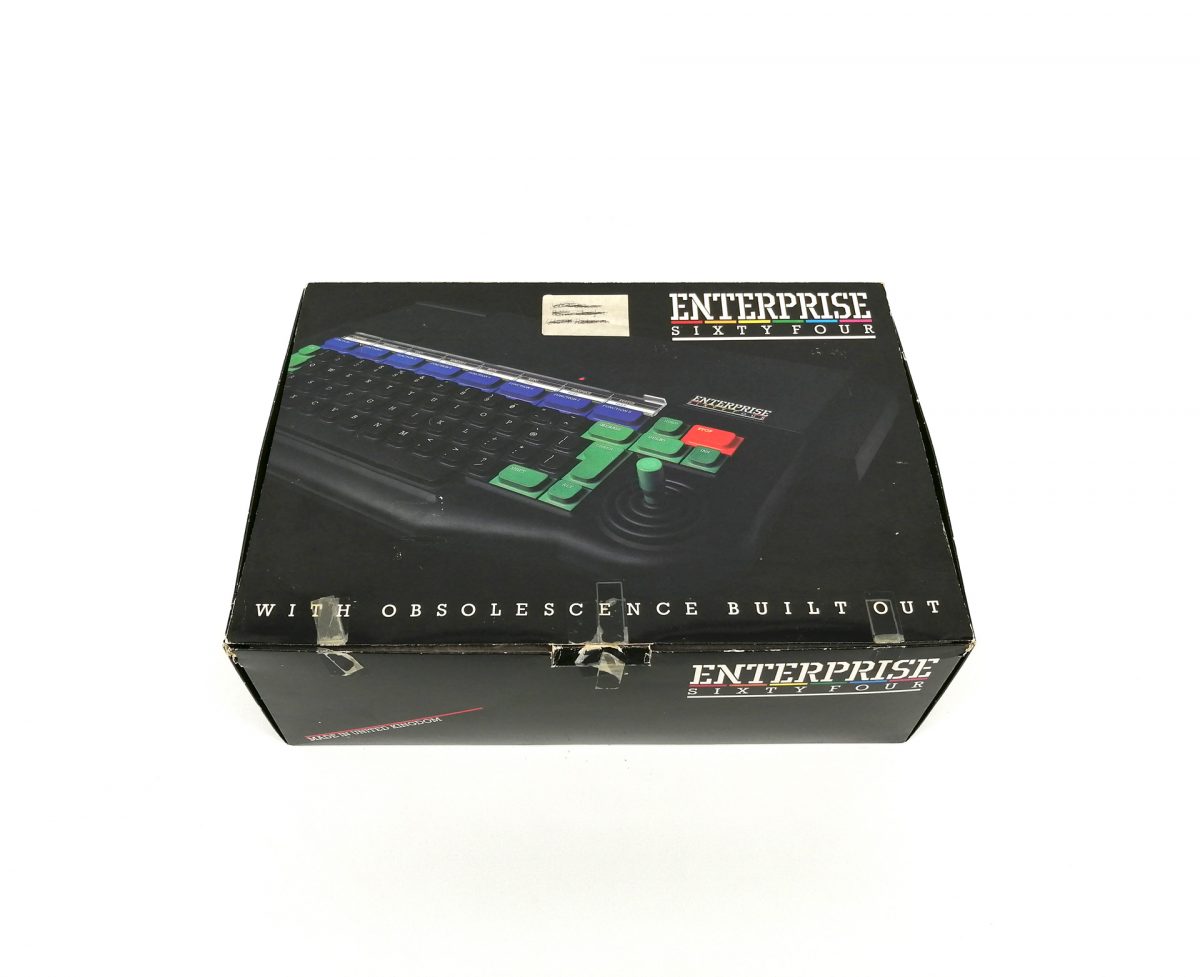 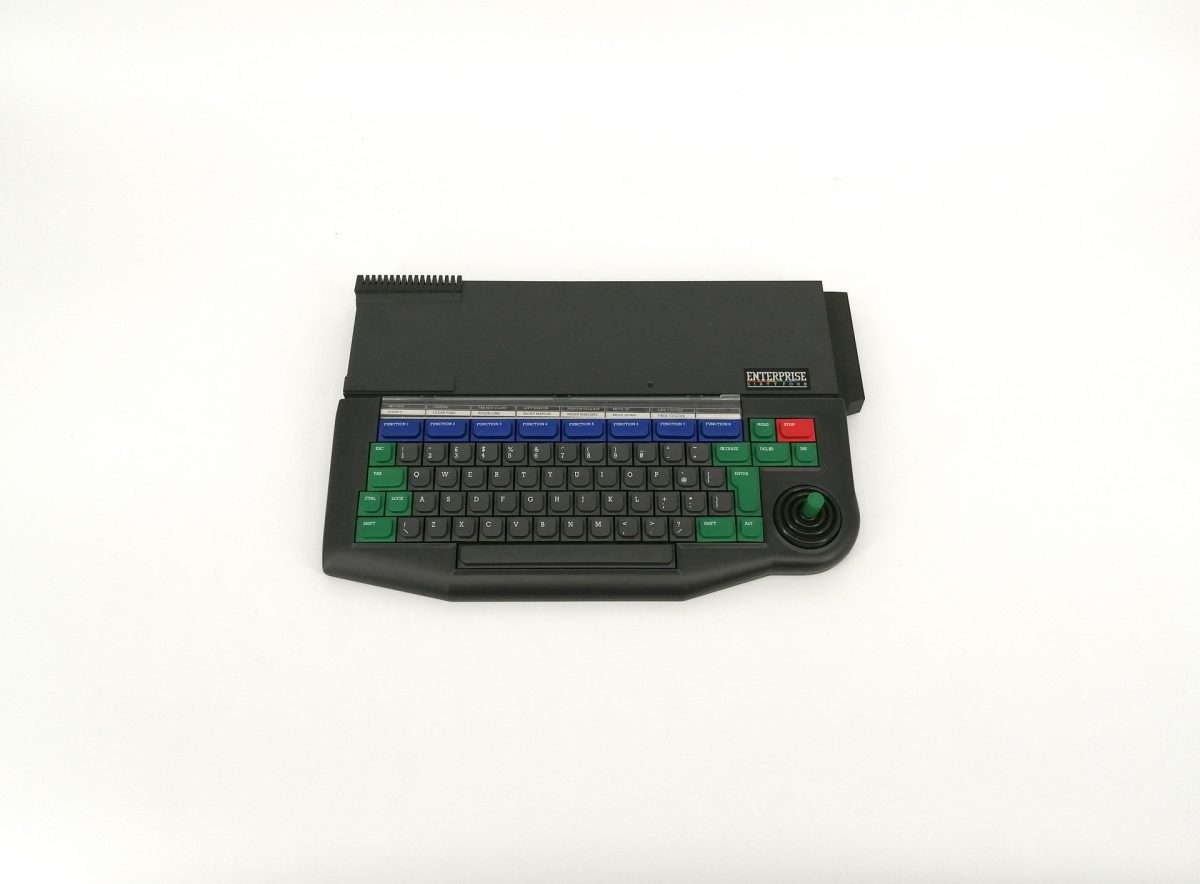 Introduced to the press in September 1983 as a direct competitor of the popular ZX Spectrum. No less than 80,000 were pre-ordered when the machine was introduced to sales in April 1984. It took another year before the first one was shipped.

The 2 most important chips are the Nick and Dave. Nick gets his name from Nick Toop who worked on the Acorn Atom, Dave from Dave Woodfield. Nick is responsible for the graphical capabilities while Dave is memory switching and sound. Because of Dave, this machine could theoretically address 4MB of memory.

Nick could display 256 colours at the same time, but on it's highest resolution (640x512 interlaced or 640x256 non-interlaced) there were only 2 colours available. Dave could output 3 channels of audio and 1 noise channel.

Funny detail is that the BASIC ROM can be easily exchanged to get a fully compatible ZX Spectrum. This really indicates the market they were aiming for.

Because of the very late launch (1985) and the already full market at that time (ZX Spectrum, Commodore 64, Amstrad CPC en Acorn BBC Micro) the machine was doomed to fail. Despite it's powerfull specifications. It's been said only the 80,000 pre-ordered are actually made. There was already a successor in the making, the PWS360,  but this one never is released because the company went under in 1986. The remaining stock of 20,000 went to Hungary. Therefor, this machine is considered as 'rare'.