Compaq's Presario family is aimed at the average consumer, and the CDS 524 as a member of this family is no exception. Since the 1980s, fully integrated computers have proven to be a reliable platform, and 10 years later it still applies, as the CDS 524 proved. This system is intended to be a full multimedia device, with its integrated screen and built-in speakers this is easily accomplished. There is also a built-in floppy disk drive, as well as a CD drive. Thanks to the relatively small space that this system takes up, it fits easily on desks with limited work space. However, the relatively small size of this system does not mean it is a weak device; the opposite is true thanks to an included hard disk of 320 MiB and a powerful Intel 80486DX2 processor at the time. Although 4 MiB of RAM is rather small, it is easy to expand. 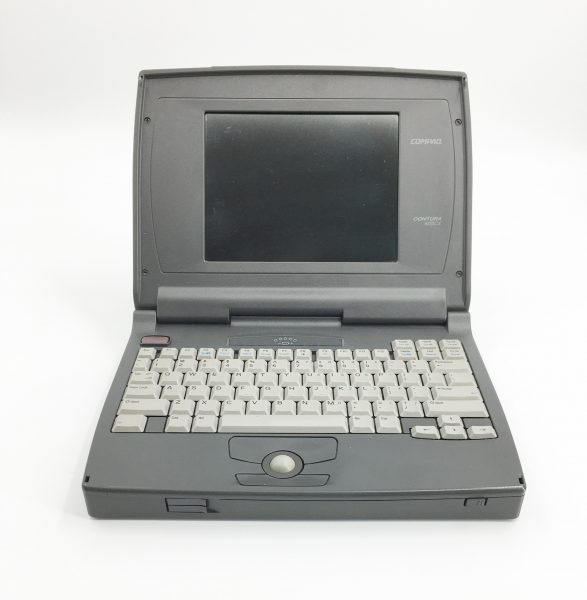