This Amiga 4000 was found by the Youtuber Peri Fractic of Retro Recipes. He thought it would contain data from the film Apollo 13.

Another, even more important function, was that this Amiga 4000 controlled the cameras to make the special effects. Videos have also been found on this Amiga of the scene that a small submarine dives down in the beginning of the movie Titanic. This was a (small) model and it didn't move, but the cameras moved up, creating the illusion that a descent is taking place. This camera movement was programmed on the Amiga and it controlled everything.

When finding it there was a lot of damage from the battery and Peri Fractic also accidentally put 240v on a 110v power supply. The heavily damaged mainboard was eventually repaired by the Dutchman Martijn Wieland and is back in working form in the museum. 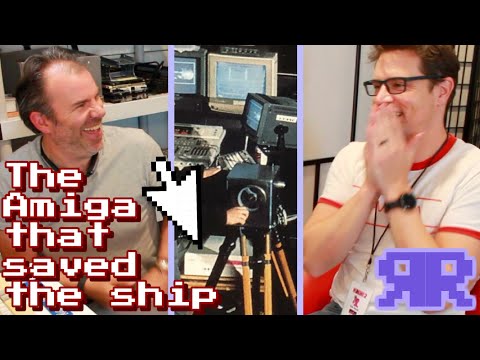