The Commodore MPS-801 was one of the first printers offered by Commodore for its home computers. The printer used fan-fold paper via a paper tractor. The print resolution was a 6x7 Matrix at 10 chars/inch. The printing speed was about 50 chars per second. 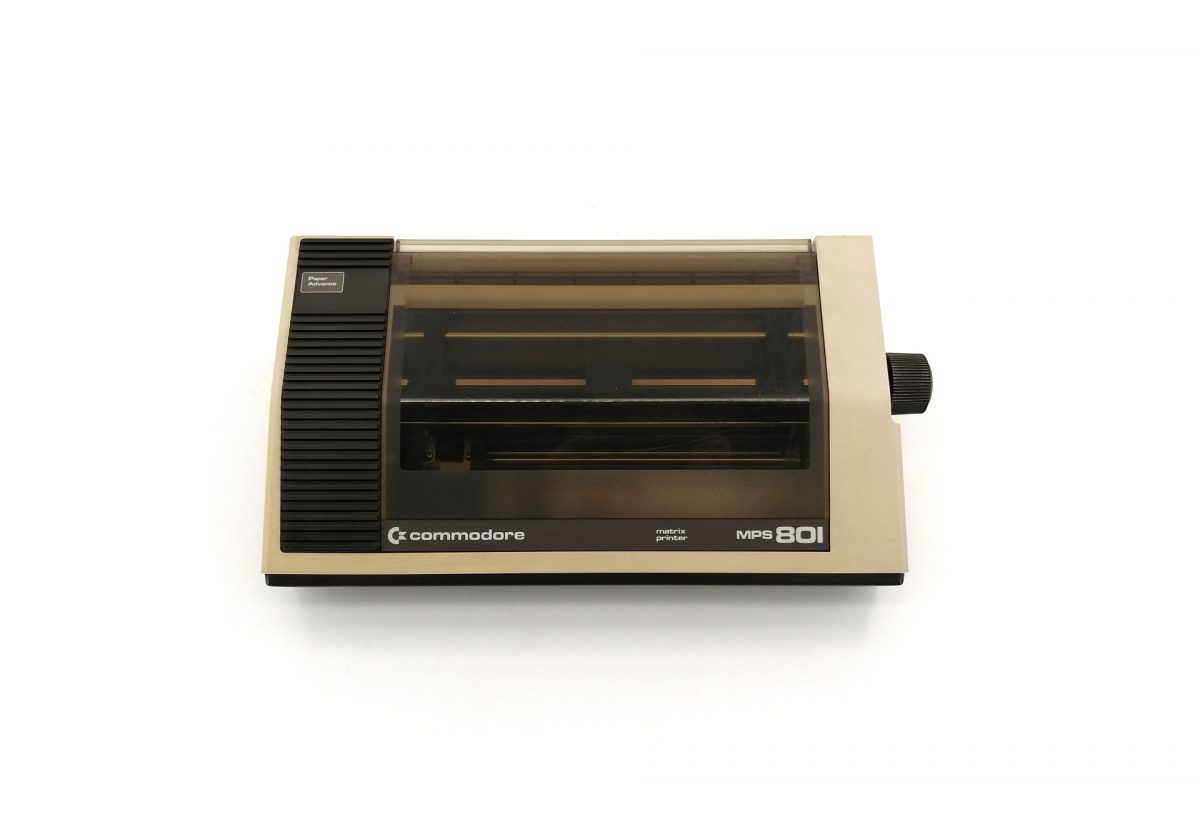 Because of its 7-pin print head, character descenders couldn't be created with the MPS 801. This was later made possible through some software tricks. The printer only supports unidirectional printing (i.e. it is only printing when the print head moves from left to right). On the way back to the left, the print head was inactive, which made the printer very slow, compared to later models. The interface to the computer was a serial IEEE-488, the serial bus for the C64.

The printer was not developed and produced by Commodore. The MPS-801 was produced by the Japanese company Seikosha, a subsidiary of the clock manufacturer Seiko (the same model there was named Seikosha GP 500 VC). At that time, Seikosha was one of the largest printer manufacturers in the world and was also manufacturing printers for Atari, such as the Atari 1029 printer.