The Golden Edition is the name of a special limited edition of the Commodore 64. Other common names are golden C64, C64 Gold or anniversary edition. 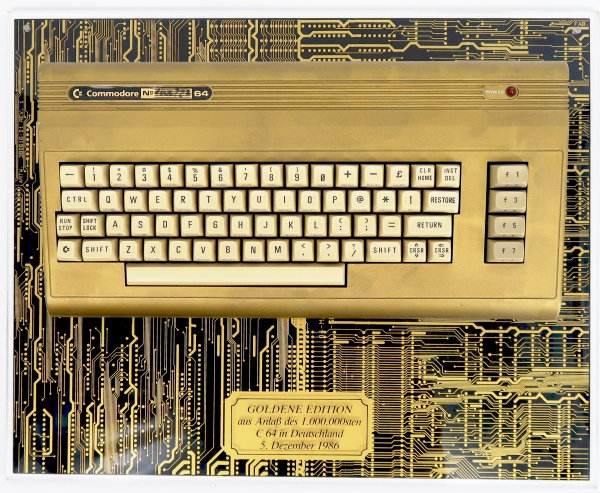 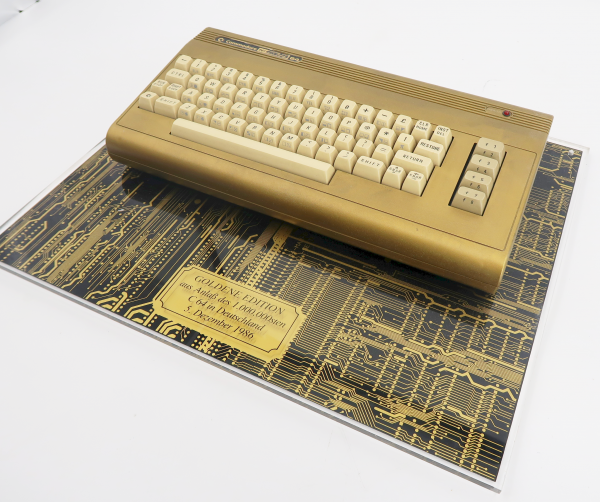 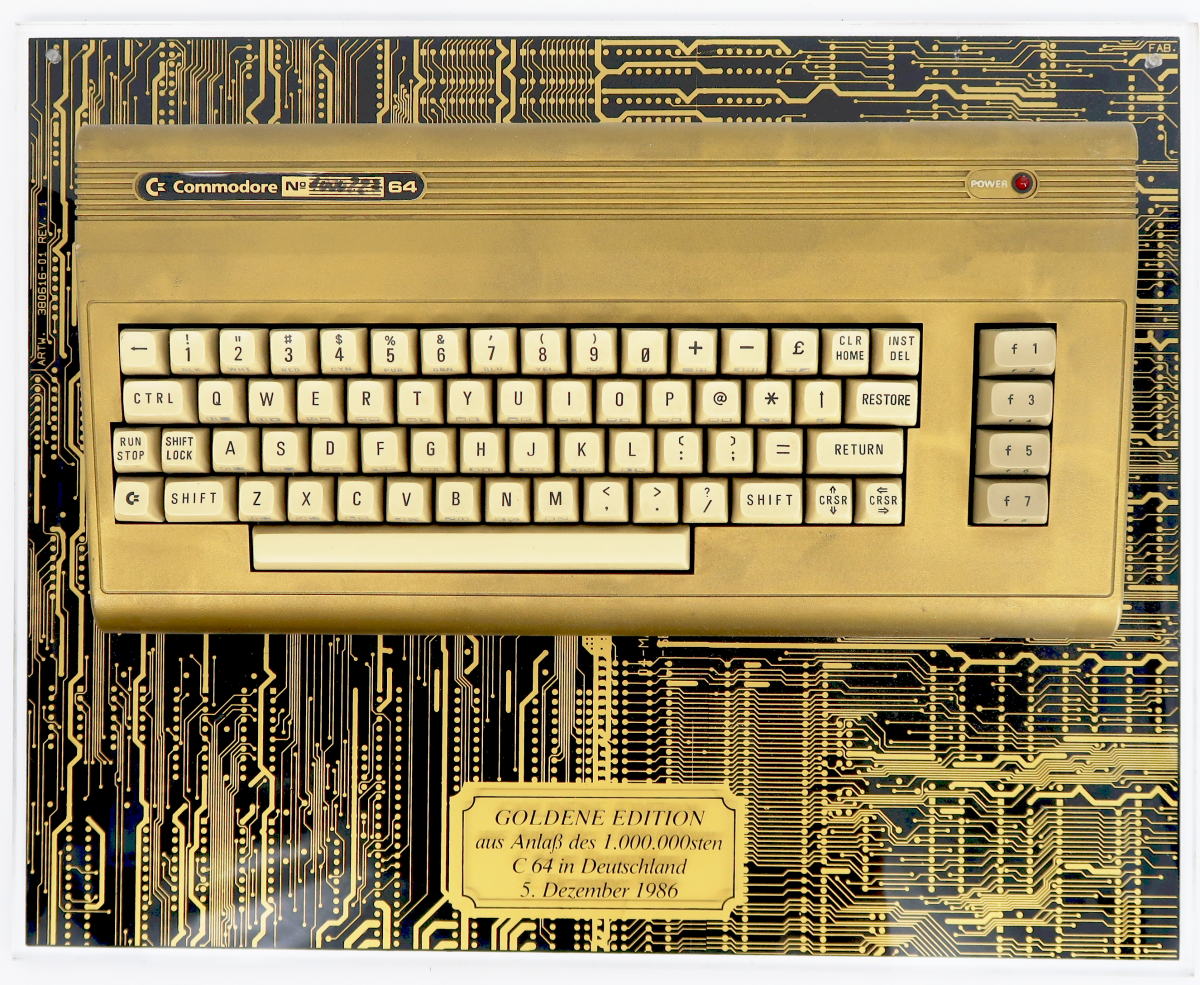 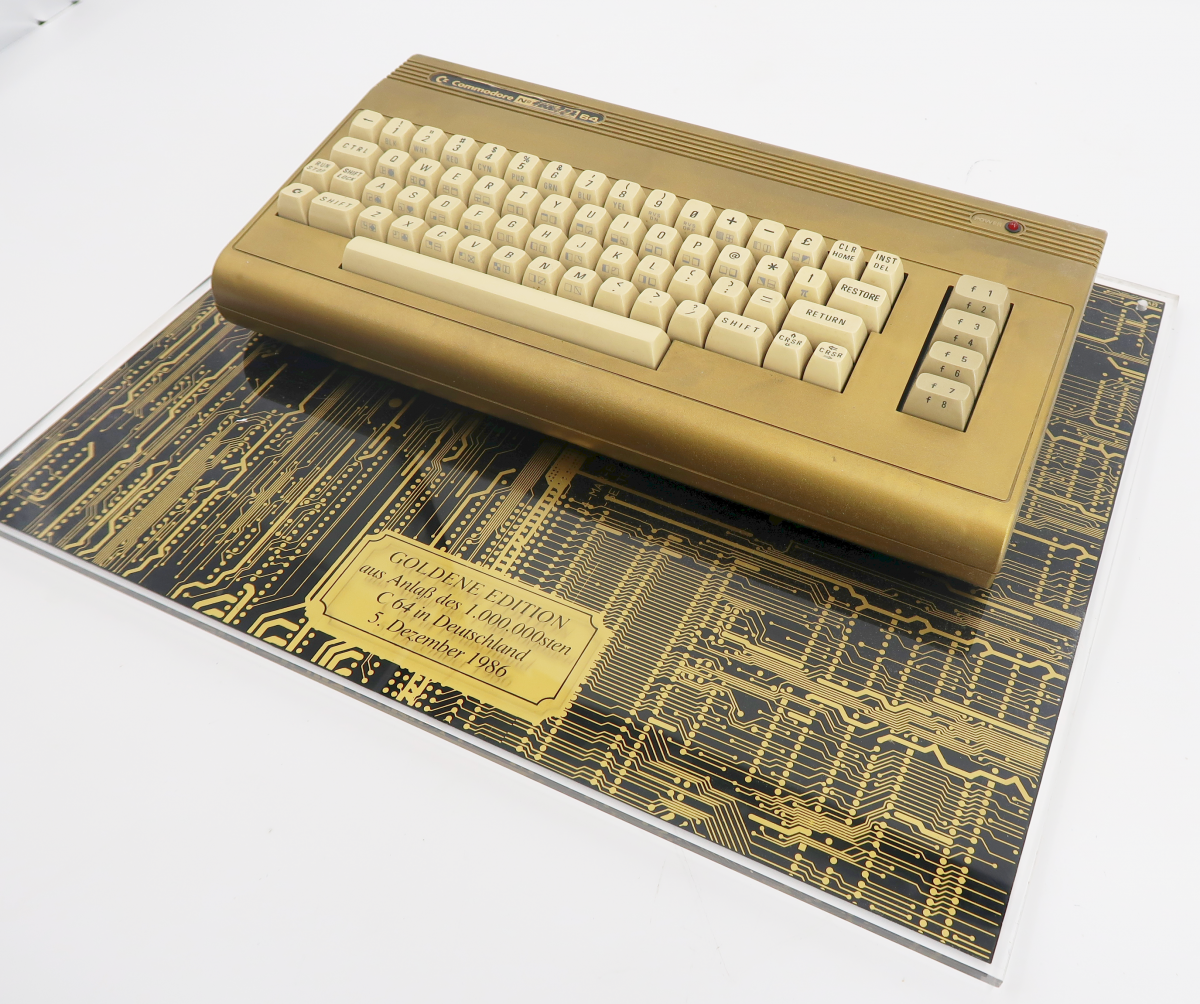 In December 1986, an unknown number of these devices were given away to authorized dealers, journalists and politicians during a celebration at the BMW Museum in Munich. At the time, the press wrote some 150 or 200 copies. The representatives of the Commodore customers made up the majority of the invitees. The press was represented by several editors, including those from Commodore Welt and Happy Computer.

Computerwoche wrote: "In 1986, Commodore celebrated the sale of the millionth C64 in an extraordinary way: a limited number of 200 gold C64s were distributed during a celebration on December 5, 1986 in Munich..."

In contrast, RUN magazine reported: "RUN editor-in-chief Manfred Schmidt, together with Siggi Pesch, gave away the gold-plated C64 lunch boxes numbered 1000001 to 1000150 at the BMW Museum in Munich."

Other devices, usually with higher serial numbers, were given to various Commodore dealers, advertising and business partners, and major customers and usually sent by mail.

The Golden Edition was a working Commodore 64 with a gold painted exterior. The inside was also painted. The case of the C64C would have been common in late 1986, but this anniversary edition referred to the C64G models and the so-called Aldi C64s, which would soon set the standard again.

The Golden Edition keyboard was white and the function keys were gray. The control port cover was missing on these devices for an unknown reason.

No power supply was supplied.

The pieces were manufactured at the Commodore factory in Braunschweig. The computer was mounted on an ornate acrylic glass plate. The inscription on the acrylic sheet read:

How many Golden C64 exist or existed is not clearly known. Some sources list 150 pieces, but strictly speaking the above article only says that 150 pieces were given away in December 1986 - not how many were made and what happened to the rest of the devices. According to Commodore employee Dr. According to Peter Kittel, a total of 1,000 Golden C64s were made. The gold C64 numbered 1.001,000 is said to have hung in the hallway of a Commodore office building. However, this is based on a single unconfirmed statement. There are photos of serial numbers above 1,000,350, but a number of 1,000 is very unlikely. The overview on the Commodore 64 wiki suggests a total print run of an estimated 400 copies.