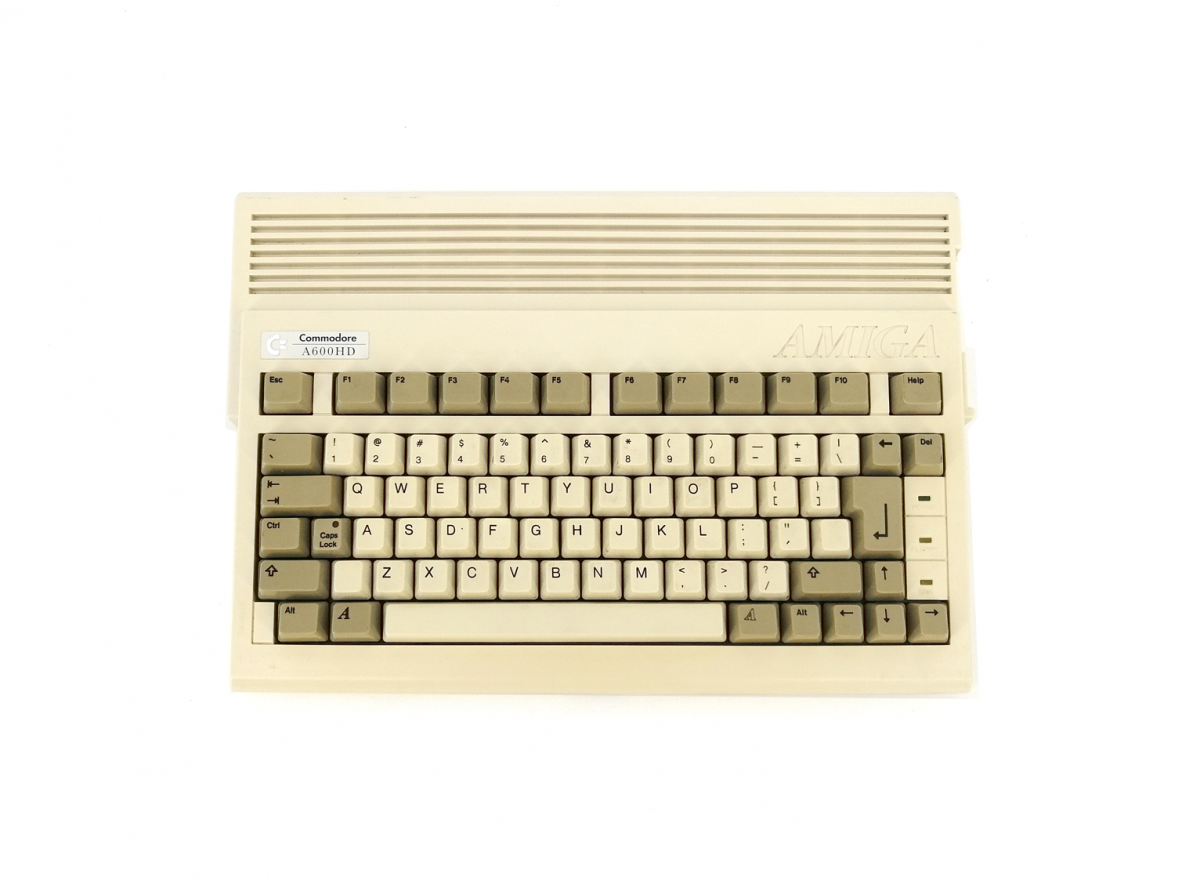 It is the final Amiga model based on the Motorola 68000 and the 1990 Amiga Enhanced Chip Set. A redesign of the Amiga 500 Plus, it adds the option of an internal hard disk drive and a PCMCIA port. Lacking a numeric keypad, the A600 is only slightly larger than an IBM PC keyboard and weighing approximately 6 pounds. It shipped with AmigaOS 2.0, which was considered more user-friendly than earlier versions of the operating system.

Like the A500, the A600 was aimed at the lower end of the market. Commodore intended it to revitalize sales of the A500-related line before the introduction of the 32-bit Amiga 1200. According to Dave Haynie, the A600 "was supposed to be US$50–60 cheaper than the A500, but it came in at about that much more expensive. The A600 was originally to have been numbered the A300, positioning it as a lower-budget version of the Amiga 500 Plus.