The TI-59 was one of the first programmable calculators and was manufactured by Texas Instruments from 1977 onwards. 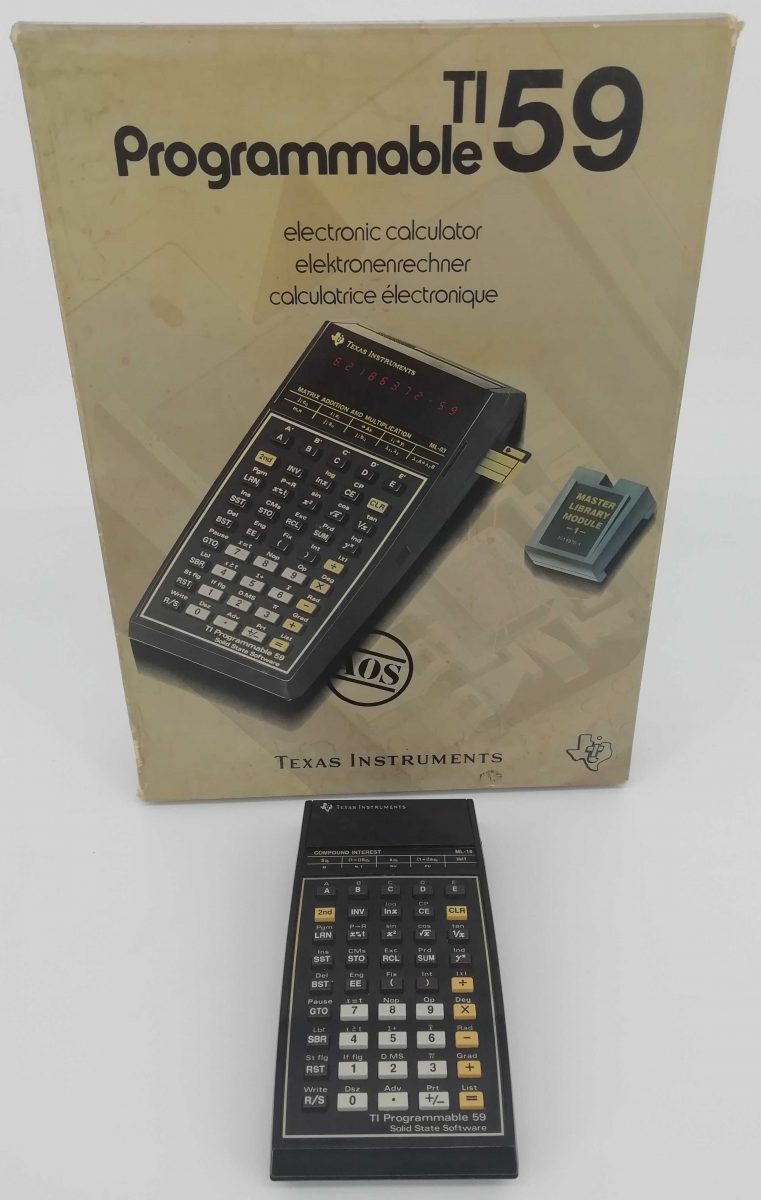 It was one of the first calculators to feature an LED display and before that it had a large capacity to process large amounts of calculations. It was therefore used in various professional fields.

It was the first of its kind to use interchangeable program modules with ROM memory. The Master Library Module ROM was included and contained several reprogrammable functions, including a game. Various applications were delivered separately, such as for real estate, investments, statistics, measurements and aviation.