Dolch has been making high-quality portable computers since 1987 that can also take a beating. This Pac 486 is an example. 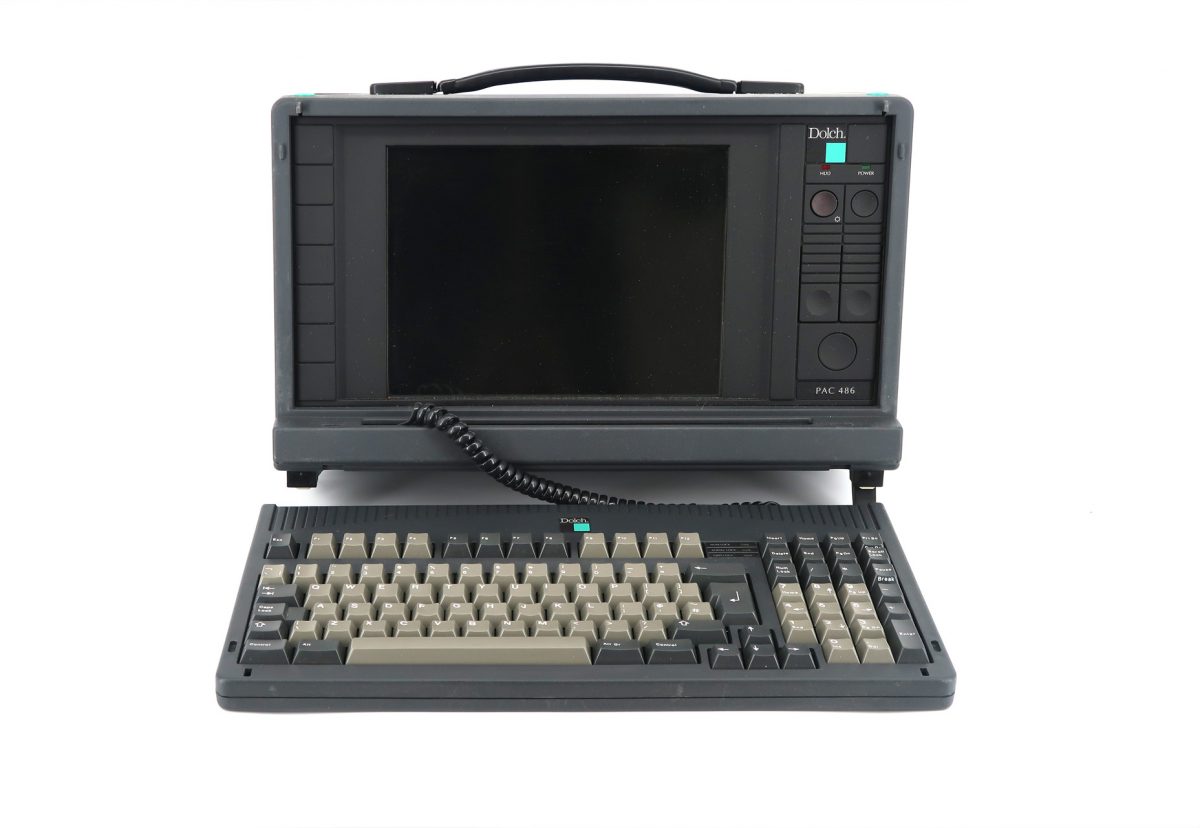 This particular machine has been used by Libertel (now VodafoneZiggo) to measure the strength of GSM signals. The software is also still on the hard disk, as well as all expansion cards.

Striking is the color screen and the rare clicky keyboard, in addition to the fact that the machine also looks very beautiful.