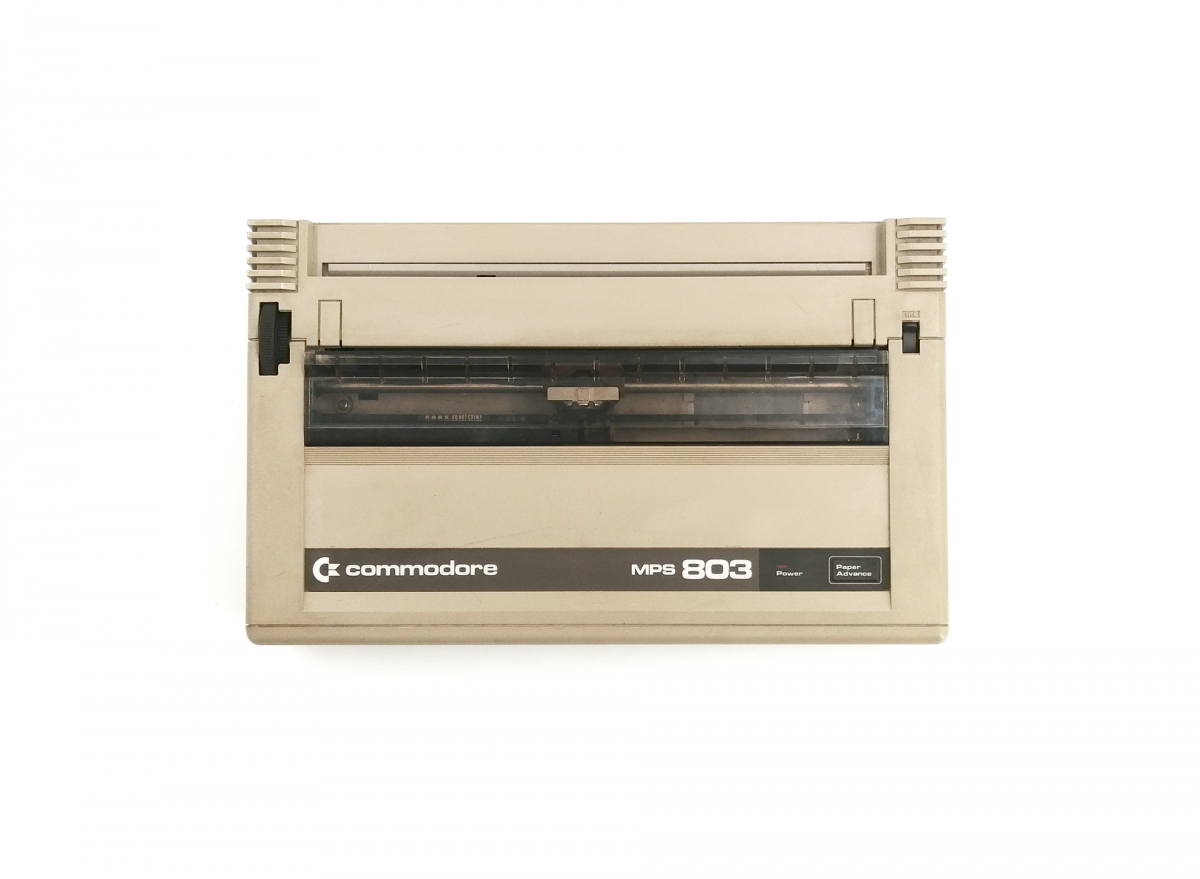 It was delivered by Commodore in two versions, one in typical brown and one for the 264 series in black.

In contrast to the MPS-801, the MPS-801 printer can use standard single sheets. With the tractor attachment TU-803 (Tractor Unit) it can also use continuous paper. The print resolution corresponds to a 6 × 7 matrix at 10 characters per inch, the printing speed is 60 characters per second.

The MPS-803 could not produce dropped tails on characters, this was only made possible later by software tricks. The printer supports bidirectional printing. It was not developed and built by Commodore itself, but by Brother, who produced an almost identical Centronics printer, the M-1009. The MPS-803 has the serial IEC interface, which can be set to address 4 or 5. The printer is capable of graphics, so it can print graphics as well as text. In addition to the complete ASCII character set, it can also print all Commodore graphic characters; strike-out and negative printing is also possible.

Set up in the 80s area.
Opening Hours
Contact
Support us via
Patreon | PayPal | SponsorKliks