This machine is owned by Marvin Droogsma and lend out to the museum. It was used by NASA from 1992 till 2005. 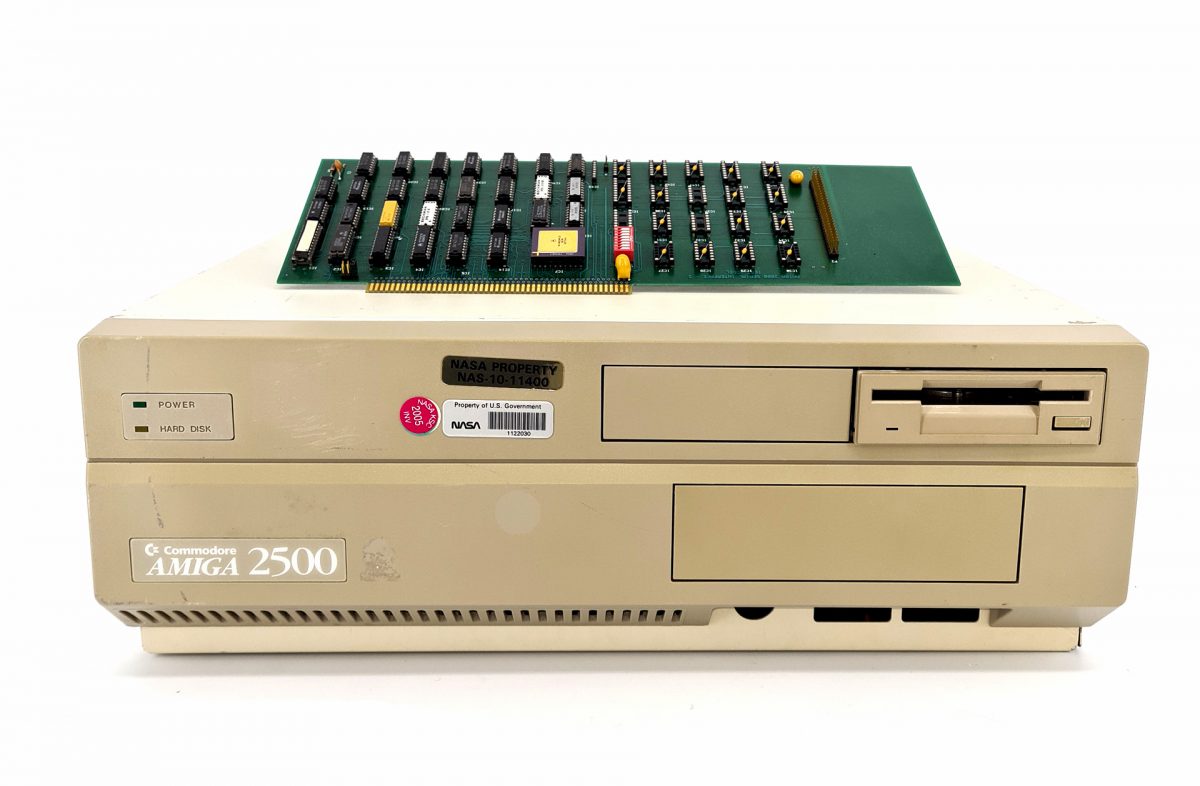 Commodore was very open on the computer design and provided a lot of detailed documentation allowing NASA to build the specialized communications interfaced needed to interface with its vehicles. The resulting system was, in typical NASA fashion, simply called CARDS for Computer Aided Recording and Display System.

CARDS and the Amiga were so successful that they remained in operation even after Commodore closed up in 1994. NASA finally retired the last CARDS Amiga in 2005.

During this Amiga's operational lifetime, it supported more than 150 launches including the Cassini probe to Saturn, Mars Orbiter, Mars Lander, Mars Odyssey, Mars Exploration Rover A and B, Mercury Messenger and Mars Reconnaissance Orbiter, along with a host of commercial, scientific and weather satellites. It is truly a piece of aerospace history.