The Aesthedes was introduced to the market in 1984 by D.P.G. Claessens (1922 - 2019) who, after studying monumental art at the State Academy of Art in Amsterdam, studied Industrial Design. 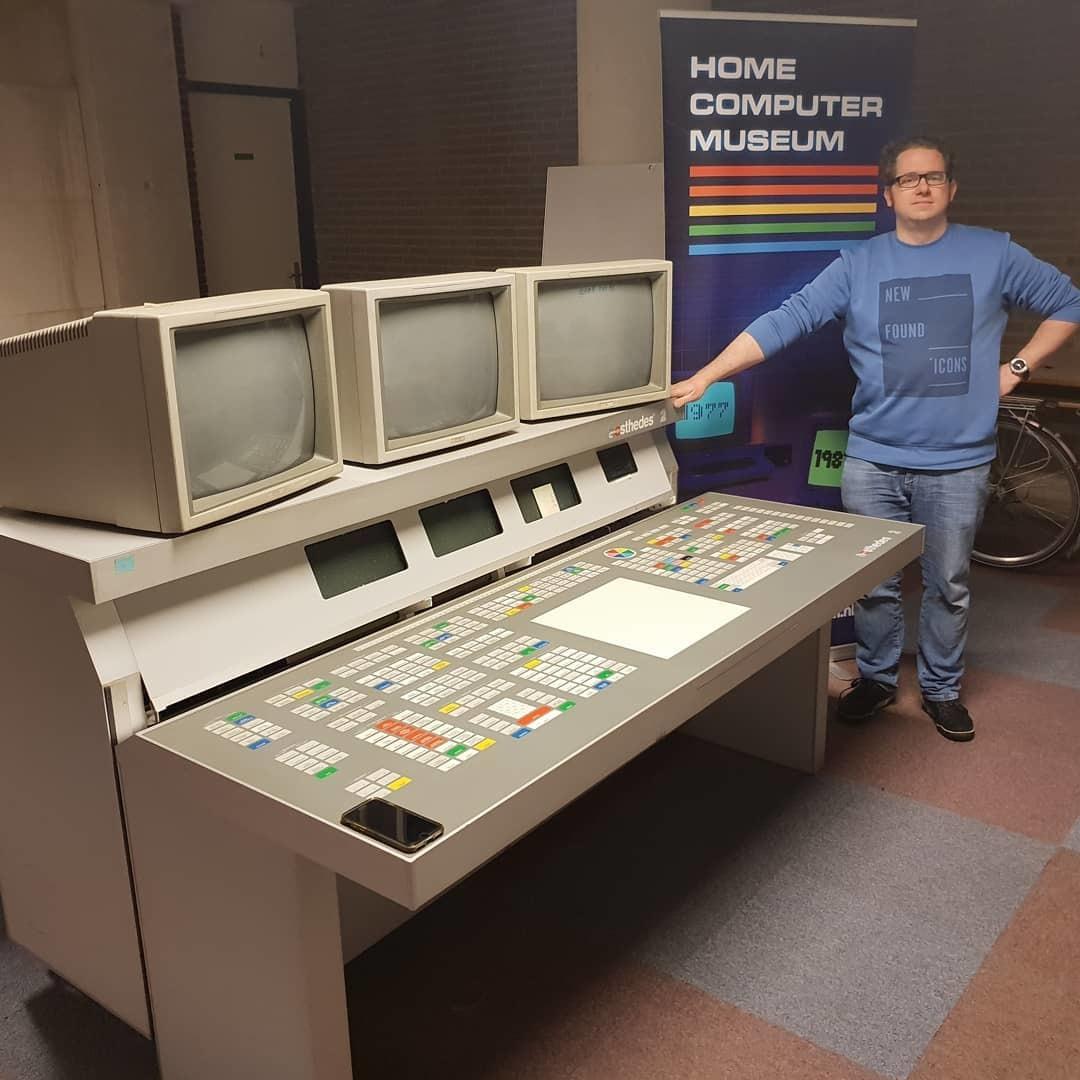 He started a Product Development company in 1960, Claessens Product Consultants (now Cartils) in Hilversum, with clients such as Heineken, Amstel, Bijenkorf, Philips, Douwe Egberts, Friese Vlag, Bols, etc. In the mid-1960s he started experimenting with electronic equipment to support his design work.

A growing need within his company for such equipment that did not exist before led to the development of the Aesthedes. The vision of Dominique Claessens was that a designer should be able to start immediately, without knowledge of computers. Meeting the need of designers to be able to use their creative brain, without being hindered by switching to the cognitive part of their brain, a keyboard was developed that matched the layout of the creative designer's desk. Everything had to be within reach and no overlapping of windows, for example. For that reason, the Aesthedes has 6 screens. 3 Data screens (below) showing project data, RGB values ​​of the layer and the last 10 commands executed.

The 3 screens above are from left to right the "Zoom screen" on which a drawing can be zoomed up to 100x, the "Creation" screen in the middle where the total image of all layers is on top of each other and the right screen on which the current working layer can be seen and on which any animations can be seen.

The system works entirely with vectors. Besides for own use for the clients of Claessens Product Consultants (including the logos and labels of Heineken en Amstel, Philips, Douwe Egberts, De Bijenkorf), one of the first users in the Netherlands was the design agency Total Design (for Randstad Uitzendbureau huisstijl -design). After that, the Aesthedes was also used by SDU (Staatsdrukkerij) for, among other things, the design of the Dutch 25 guilder note (Drupsteen), state documents, shares (on paper), and by Aestron Design and by Dubois Ording Design. The Aesthedes was also a success internationally and was purchased by companies such as Volvo and Mercedes, Asda, Electrolux, Marks and Spencer etc.

On November 23, 1989, Aesthedes NV was sold to Barco Graphics NV in Belgium.

The HomeComputerMuseum has a fully working Aesthedes 2 and some examples of works made with the Aesthedes. In total, around 200 units were produced and used.